Thanksgiving: an official reminder to appreciate the people in your life!

Thanksgiving. For many, "Turkey Day" is a fun day of celebration, for others it's a dreaded affair. Some of you will see friends and family on the holiday, and wish it could happen more often than once a year. And some of you will consider it torture to have to see some of your family members and ask "has it ALREADY been a year since the last time I saw them?"

Ahhhh, and you thought it was just about turkey, football, and a day off of work!

So in the spirit of the holiday, remember to show your gratitude to the loved ones in your life. Reach out and give them the appreciation they deserve. Go out of your way to let them know THEY MATTER.

If you make a conscious effort to bring a bit of the Thanksgiving attitude into your daily life, you'll see both your professional and personal relationships improve. Who wouldn't want that?!

Jacki Semerau © Copyright 2008
Posted by Unknown at 12:35 AM No comments: Links to this post 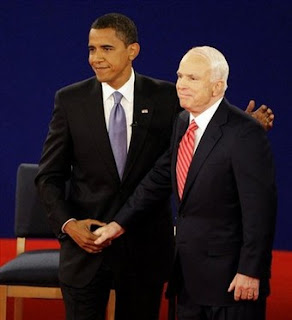 Today dawns on a nation that has elected our new president, senators, and congressmen. We have chosen local officials, and we have made our voices heard on important issues and propositions.

For the past few months (or longer) we have been all-consumed with the election. Our lives have all but stood still as we were bombarded with television news shows, commentaries, and debates. We've stood up and cheered when our chosen candidate took a step forward, and we've gotten our stomachs in knots when our opposing candidate did the same.

We've witnessed history in the making.

But I'd like to remind everyone, whether you are Democrat, Republican, or otherwise, that it is now over! No matter if your side won or not. It's time to move on with our daily lives.

This happens every four years. We stop and hold our collective breath while approximately half of Americans are convinced our nation is headed toward certain doom, and the other approximate half is equally convinced that our nation has finally had all its prayers answered. And in the end, whether or not you agree with whoever is in power, our country marches on.

And that is exactly what I would like to encourage you to remember now that the elections are over and America has spoken. That its time to move forward, be it in victory or defeat politically. Not one of us can afford to remain in the holding pattern we've maintained while we've obsessed over the elections. It's time for our nation to breathe again, one individual at a time!

Because neither debate will move us forward in progress. No matter what you believe, no matter who you support, and no matter what happens on a national, or even global, level...progress happens one individual at a time.

Let's get back to the business at hand. How will our economy heal? One purchase at a time. One job at a time. One business deal at a time. One referral at a time. At least, that's what WE as individuals have control over. As for the rest, we can't control it, so why worry? If we remain reactive instead of proactive, we will insure a nation that will not heal. We cannot simply sit back and wait for policy to be implemented that will save us.

No matter who won the election, this fact is absolute truth: The candidate would not save the nation over night, nor would the candidate single-handedly cause the destruction of civilization as we know it!
No matter your religion, I think we can all agree that Jesus spoke absolute wisdom when he said "Do not worry about tomorrow, for tomorrow will worry about itself. Each day has enough trouble of its own." (Matthew 6:34)

So don't worry about tomorrow and what it will bring if you're Republican. And don't rest in thinking that your troubles are over if you're Democrat. Be proactive. Get busy with living. Do business and support your friends and family with your consumer dollars whenever possible. Spend time with your loved ones and remember that our time on earth is short. When you lie on your deathbed, you'll not be thinking about who's in the White House. No, you'll be thinking of the loved ones in your life. So do what you can NOW to show them appreciation and spend what little time you have with them.

Here's to a bright and hopeful future, no matter what your political views may be!
Jacki Semerau © Copyright 2008
Posted by Unknown at 7:50 AM No comments: Links to this post 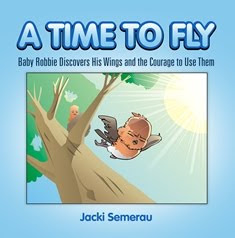